I love baking, but I tend to stick with more familiar things most of the time. Layered sponges, cheesecakes, crumbles, cupcakes, scones. I have a bread machine that I love and can turn out a great, reliable loaf with it, but my experiments in hand making bread and yeasted doughs have been…deflating.

As the Great British Bake Off is starting again this week, and as it always requires watching with tea and cake, I decided to start afresh with something that I love but have never baked.

These are American-style cinnamon rolls. Big, puffy, bready, fat beasties, slathered in glaze. I love them, and they seemed less scary than the assorts provings and kneadings of bread, or the lamination of pastries.

Scalded milk, sugar, butter into mixer and stirred til everything melts together. Check temp, add yeast, leave to bloom.

Mix in two large eggs, flour and salt. I needed quite a bit more flour than the recipe, which I put down to a combination of weather (so humid here!), conversions from cups to grams, and general small changes in ingredients from there to here.

Let the mixer do the hard work, then remove hook, cover and leave to prove. 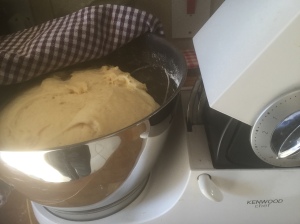 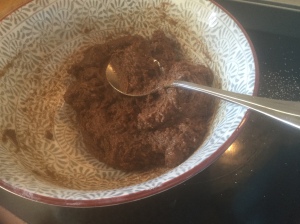 I used my kitchen table for the roll out, as it’s the biggest easily cleaned surface. It’s quite a soft dough, and tricky to get into a lovely even rectangle of the correct size, but I imagine it gets easier with practice.

Spread buttery paste on. This is the hardest simple task I’ve done in weeks. It does not want to spread, but prefers to stick to the first bit it makes contact with. Used my fingers in the end. Not glam, but it worked. 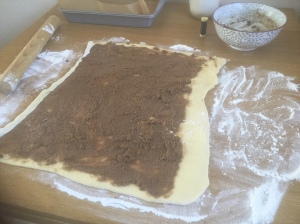 Roll up carefully, and mark off. 12 roughly even parts. 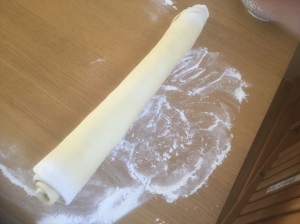 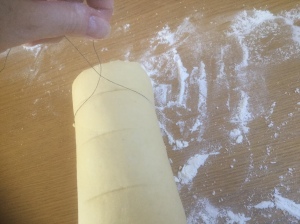 Use thread or dental floss to cut. Not a knife, no matter how sharp or you will cry frustrated tears and have lumpy buns. 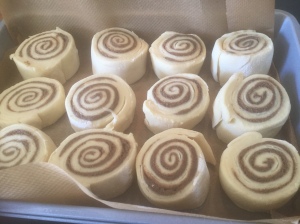 Into tin, preheat oven and make glaze while these prove again. 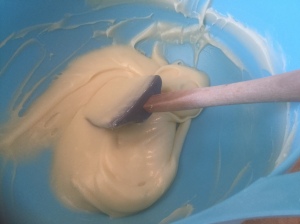 I always wondered why these were such a calorie bomb. Now I know. This was a new pound (454g pack) of butter this morning. 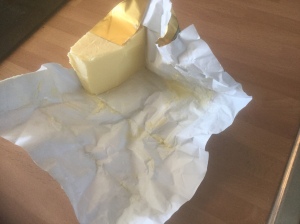 There’s less than 100g left. I will definitely be finding people to share these with. 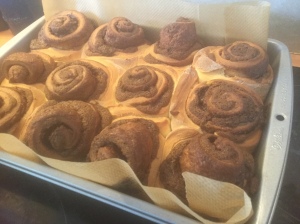 The grin spreads, as does the glaze. 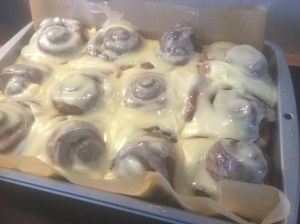 Waiting for them to cool was a true exercise in patience.

Oh my giddy aunt, these are good. Like, gooooood good. One of the nicest things I’ve baked in a good while. 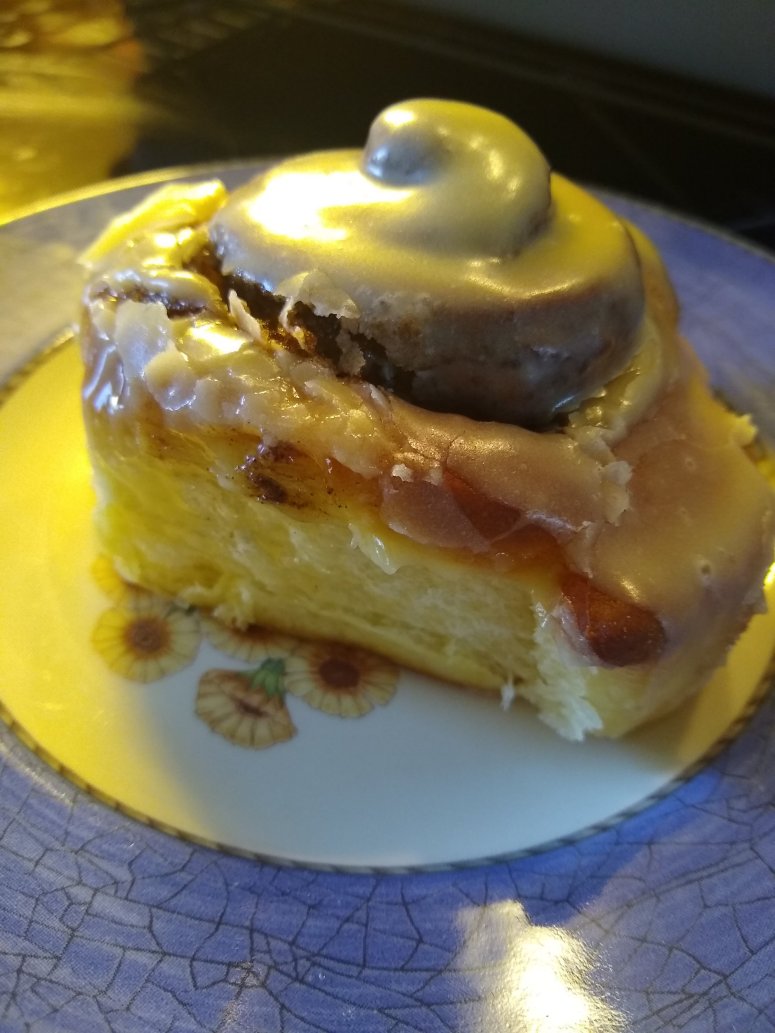 There might be enough sugar and butter to fuel a small country, but they’re fluffy and light and tender and decadent. You feel like you really could eat more than one in a sitting, or die in the attempt. My spice blend, rather than just straight cinnamon, was a good call. It worked beautifully and left a lovely lingering warmth. I’ll play with the glaze a little for next time around.

The added side effect is that these have given me a massive confidence boost in the yeasted baking department, which has been a slight sore spot for years.

I’ve left out two for us to have tomorrow, and the rest have been wrapped individually for Himself to give to work colleagues in the morning. Far too tempting to leave around the house!