Getting a head start on dairy week with a chocolate fudge cake.

It was my lovely mother in law’s birthday and I volunteered to bring the cake along. Off to the Chocolate Hall of Fame chapter of Nigella Lawson’s Feast!

I bought some pre-cut bake o glide for my 2lb loaf tin ( the one I hate lining most of all) and it’s great. Some minor origami and boom, tin done. It’s also non stick so no greasing either.

Add in sour cream – for full disclosure, I used creme fraiche as it’s almost identical and was already in the fridge. Add vanilla, then in with the eggs. 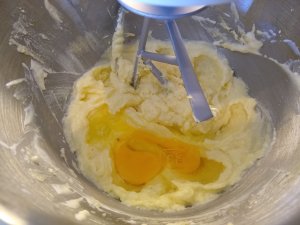 In with flour, cocoa, baking powder and baking soda.

I know I should have weighted these, but I eyeballed it. Close enough for me! 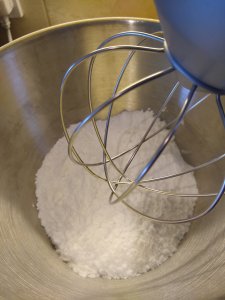 Sifting most of a bag of icing sugar is tedious, but necessary. I’ve always regretted skipping this step in the past. 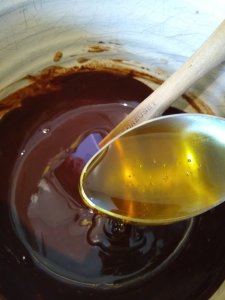 Chocolate and butter melted separately, until smooth, and golden syrup and vanilla added. 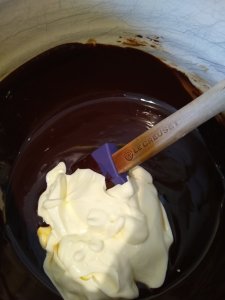 In with the creme fraiche!

Add to icing sugar and mix watching out for tiny avalanches that will result in a cloud of sugar enveloping your kitchen. 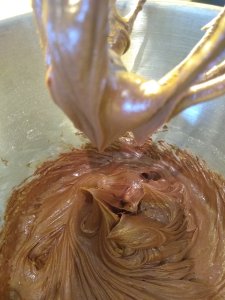 Seeing as this was for a birthday I decided to be a little tidier in my presentation than my usual “rustic” fare. 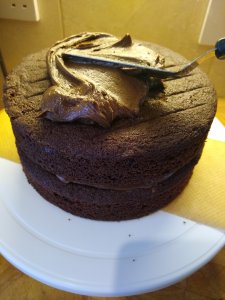 An offset spatula and a turntable are entirely not required, but they do make the job quicker and easier. I’ve used an upturned plate and a butter knife for 99% of my cake making this far, and it’s worked grand though.

A vague crumb coat. This is just a very thin layer over the entire cake so that there is no naked sponge exposed, which can wind up being awkward if bits come away when a nice, clean finish is the goal. 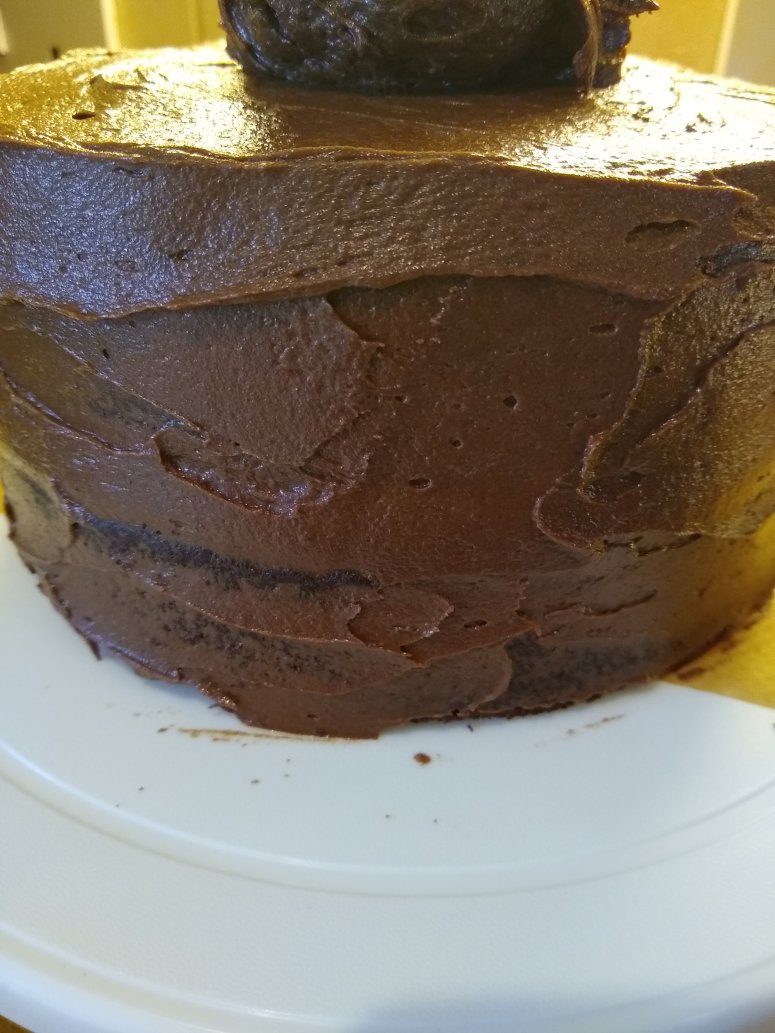 Another layer, and then on to another gadget for the scary bit.

This is my cake lifter. It mostly lifts pizza out of the oven here as I don’t have a peel. This is a NordicWare one I picked up in the Arnotts sale last year at 25% off. 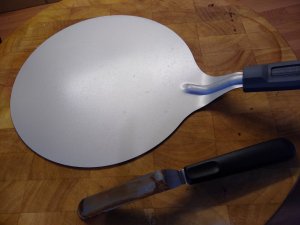 My little spatula is brilliant, and by Wilton. I’ll probably pick up a larger one at some point too. 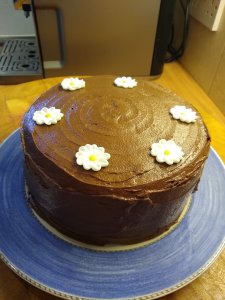 On to a dinner plate that’s oddly fitting, and some sugar flowers that I bought finish it off nicely.

Some candles and a wish, and then devoured.